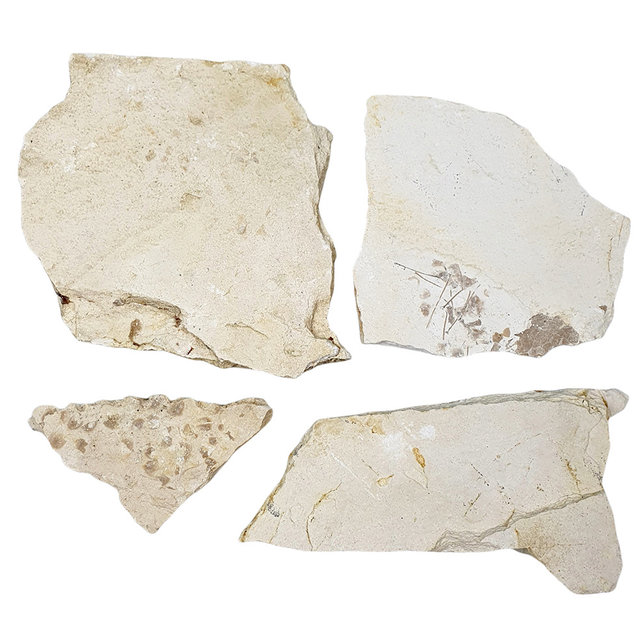 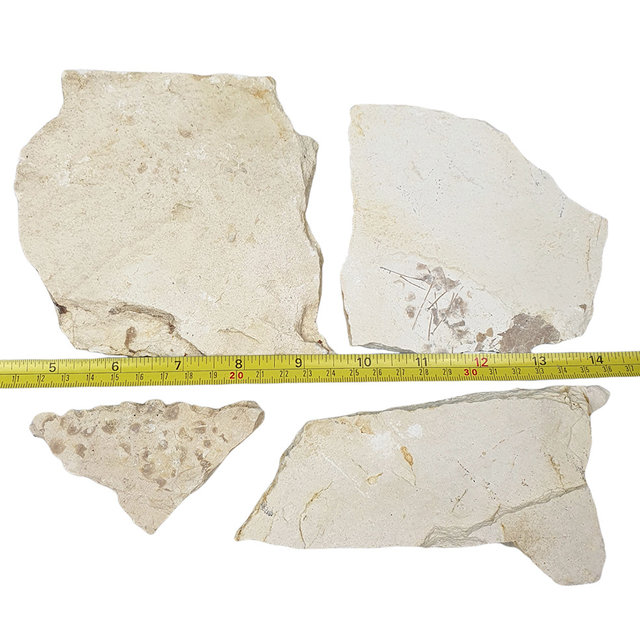 These plates are from the late Jurassic about 161-145 million years ago. Remains of fish such as scales, bones, etc. can be seen on the plates. The fish lived in a lagoon that was regularly closed off from the sea. The high salt content in both the water and the sediment has ensured that deceased animals could be well preserved and fossilized.

In the Altmühltal in Germany there are several limestone quarries. In the middle of this area lies the village of Solnhofen. The limestone from the area derived its name from this village. In reality, there are tens of kilometers of limestone quarries. The chance of finding fossils here yourself is not even very great. However, there are regular finds from the area due to the large scale of industrial extraction of limestone. This is mainly used for house building, sculpture or as a decorative stone.

Nice bone of a cave bear. This bear was 3 times heavier than the current brown bear and lived in the Pleistocene. About ...

Beautiful slide of a fossilised sea lily or "crinoid" from Morocco. The plate has been coloured to make the lily stand o... You have no items in your shopping cart
Complete your order:
Fossil bull shark tooth