Agate has a medicinal effect, such as protection during pregnancy, against headaches, skin disorders and balance disorders. Agate is also a grounding, stabilizing and protective stone. The inner peace is promoted for a calm and sober attitude. 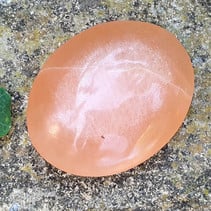