Approximately 145.000 years ago an industry in stone tools arose in North Africa. The tools varied from arrowheads and spearheads to scrapers, scratchers and drills. This is called Lithical material and is mostly made of flint or silex.

The North African industry of the middle Stone Age is called Aterian and disappeared some 20,000 years ago. Probably because of climate changes that made the area too dry. For a long time it was thought that the Neanderthals had made the stone tools. But a recent study shows that early modern human is responsible for the production. These arrowheads date from the last Alterian period and are about 30,000 years old. 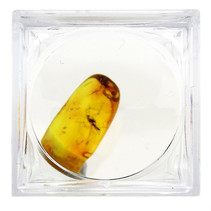