Piece of a fossil Megalodon tooth

Very nice piece of a shark tooth of the extinct Megalodon shark. 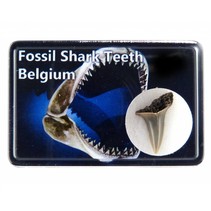 Tooth in box
€5,95
In stock
© Copyright 2021 The Amber Specialist Powered by Lightspeed