18
Sardonyx is a reddish-brown variety of chalcedony and has been a beloved gemstone for centuries. The handmade shiva eyes of Sardonyx watch over the third eye.
Read more 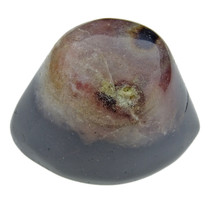