Moldavite (0.6 grams) with a herkimer diamond, a powerful combination
€49,95
Add to cart Add to wishlist 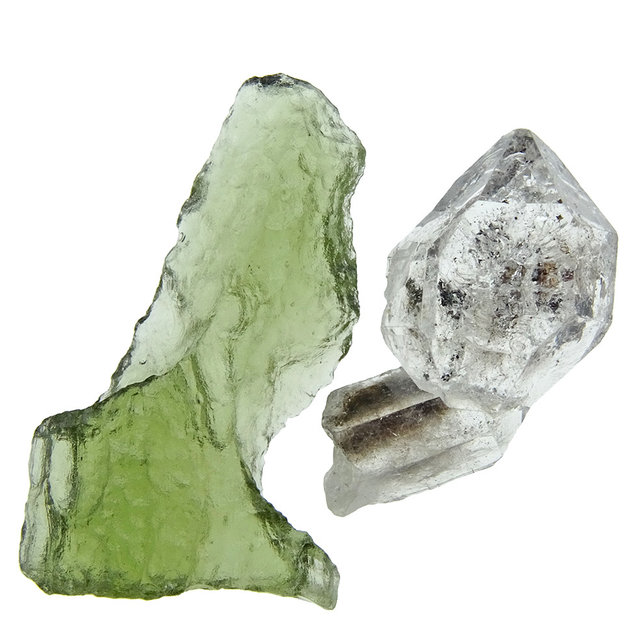 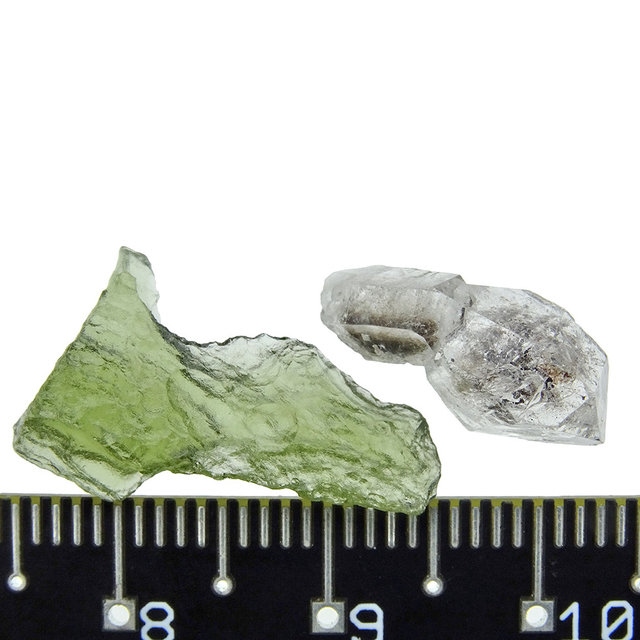 Moldavite (0.6 grams) with a herkimer diamond, a powerful combination

Moldavite and herkimer diamond, a combination of extraterrestrial and terrestrial energies. This combination extends the visual aspect of meditation.

Moldavite was created about 14.2 million years ago by 2 meteorite impacts. The high impact speed of 20 kilometers per second released an enormous amount of energy, comparable to 1.8 million times that of the atomic bomb that fell on Hirochima. Earthly rock and sand in combination with the meteorite was melted down into glass. This glass was spread over a huge distance by the force of the impact. These 'glass drops' are also called tektites. Moldavite is the only tektite in the world with a beautiful green color and makes it unique in its kind! These pieces were found in: Chlum nad Malsi, Bohemia, Czech Republic.

The Herkimer Diamond is a double-ended quartz crystal that was first found in the Herkimer region near New York. This quartz variant is characterized by its clarity and its hexagonal structure, which gives it some comparison with a diamond. The crystal is usually clear and may contain black inclusions. Spiritually, the Herkimer diamond stimulates mental faculties such as clairvoyance and the memory of dreams. It is also known for its powerful effect against electromagnetic radiation, it protects you against the negative effects of mobile phones, PCs and cell towers. The Herkimer diamond contains very pure light energy.

Moldavite is also often used for meditation purposes, because of the fusion of extraterrestrial and terrestrial energies, the stone has a high vibration. The moldavite stimulates other crystals and the higher consciousness within ourselves. The moldavite is extremely popular to get in touch with the higher spirituality. The combination of moldavite and herkimer diamond expands the visual aspect during meditation. Moldavite also shares many of the Herkimer diamond's balancing characteristics, helping you to find your direction in this life. This combination is also popular for vision and dream works.

Review Moldavite (0.6 grams) with a herkimer diamond, a powerful combination

Moldavite (0.6 grams) with a herkimer diamond, a powerful combination Moldavite (0.6 grams) with a herkimer diamond, a powerful combination
EUR 49,95