Blue to green stone of the Amazons 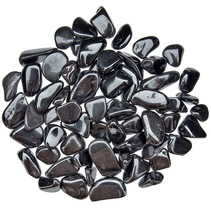