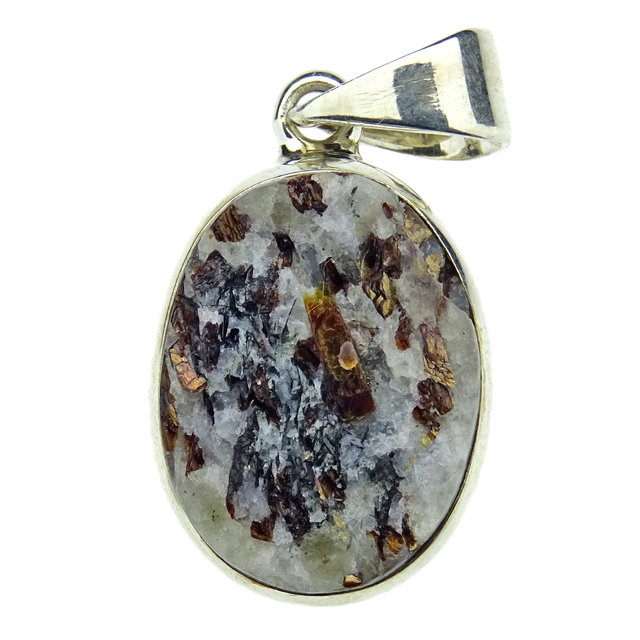 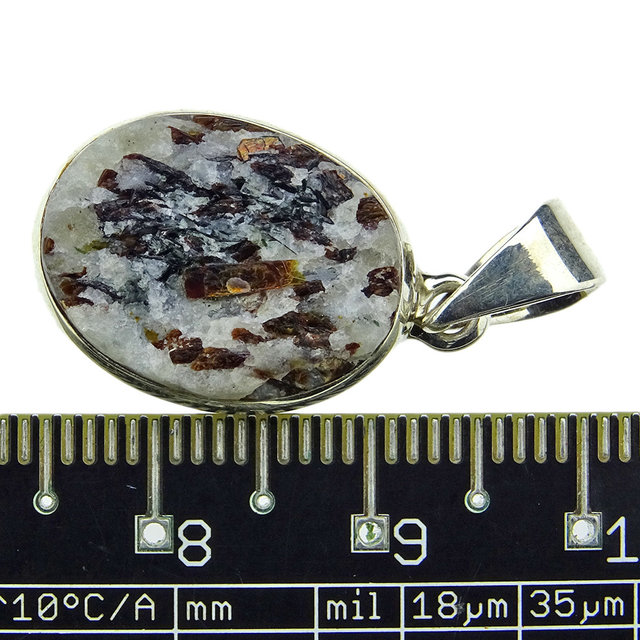 Beautiful pendant of Astrophylite from Greenland, in silver.

Astrophyllite was first discovered in 1854 on the remote Låven Island in Norway. The stone has since been found in several places, but only in remote places in Canada, Greenland and Russia. This stone in this pendant was found in Greenland.

The name Astrophylite comes from the Greek words "astron" meaning "star" and "phyllon," meaning "leaf." This is because of the star-shaped patterns that this mineral forms.

Astrophyllite is considered a grounding and protective stone. It is a stone that connects and brings soul mates together, it promotes fidelity and intimacy. The stone can also help to combat stress and anxiety. Chakra: High Crown Constellation : Scorpio