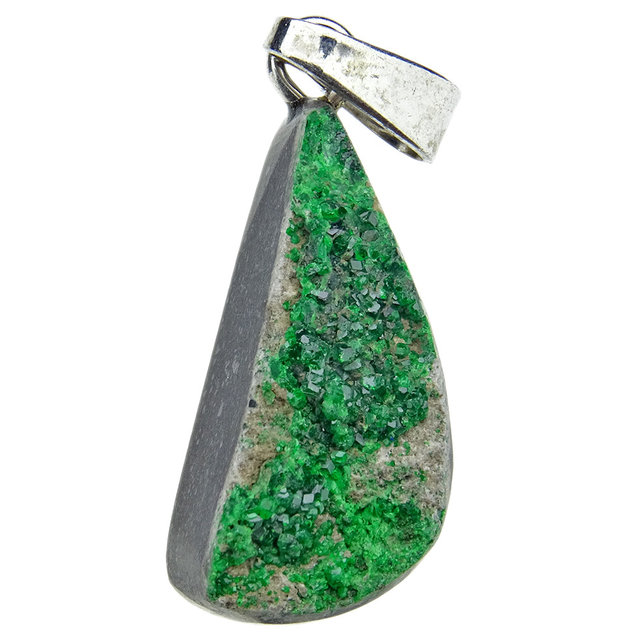 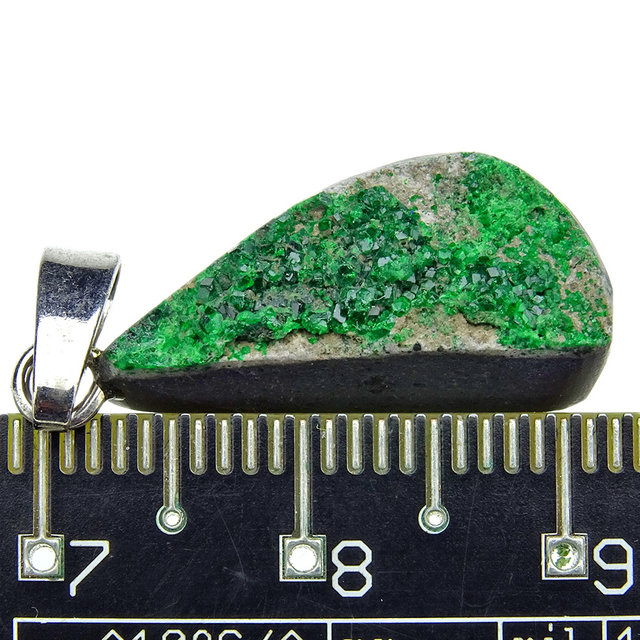 Uvarovite is the rarest and only consistent green garnet from the grossulaar family. It is a popular gemstone among lovers.

Uvarovite belongs to the garnet family and is the rarest of its kind. It is the only garnet with a consistent emerald green color. Because of its beautiful color and fine crystals it is a very popular gemstone that is often used in beautiful jewelry and is popular to give to a loved one.

Uvarovite was discovered in 1832 by Germain Henri Hess. He named his special find after Sergey Semenovich Uvarov (1765-1855). A Russian statesman with a passion for collecting minerals.

Uvarovite has an intense energy and promotes prosperity. It helps you to learn to accept what the universe has to offer. By freeing up these channels, you are more likely to accept the available wealth.

Garnet pendant from the Czech Republic. The garnet is named after the Latin 'granatus' which refers to the pomegranate.

Demantoid is a green andradite garnet and a favourite gemstone of the Russian goldsmith Fabergé. Demantoid helps to incr...

Uvarovite is the rarest and the only consistent green garnet of the grossular family. It is a popular gem among lovers. Garnet pendant from the Czech Republic. The garnet is named after the Latin 'granatus' which refers to the pomegranate.