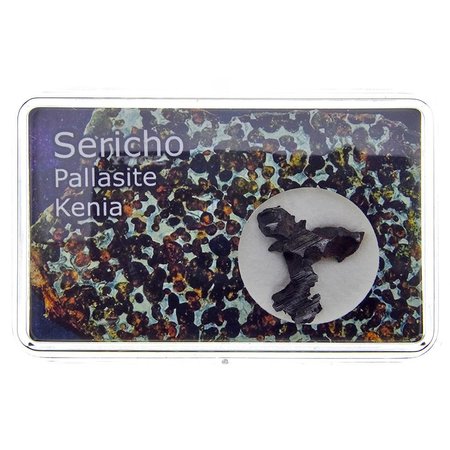 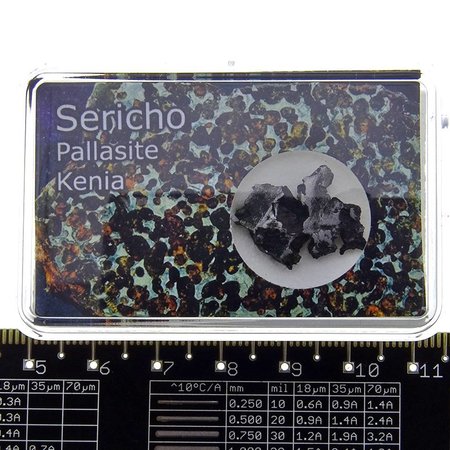 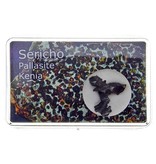 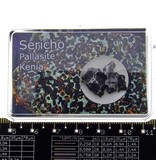 Two brothers were looking for their camels near the village of Habaswein in Kenya when they encountered some large stones. There were no other stones to be seen in the wide area and the brothers concluded that these should be meteorites.

She spent a number of weeks collecting everything together and bringing it to their home in Habaswein. A village elder told how he played as a child on the stones. After research it turned out to be a meteorite, and a special one too!

This pallasite was initially called Habaswein, after the neighboring town. Eventually the meteorite was given the official name: Sericho, to the Keynesian area where the impact had taken place.

The collection box has a size of 5.8 x 3.8 centimeters and 1.6 centimeters thick. The inside is provided with a foam layer. 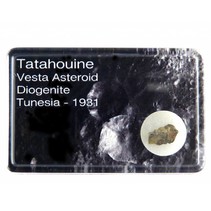 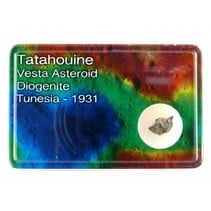