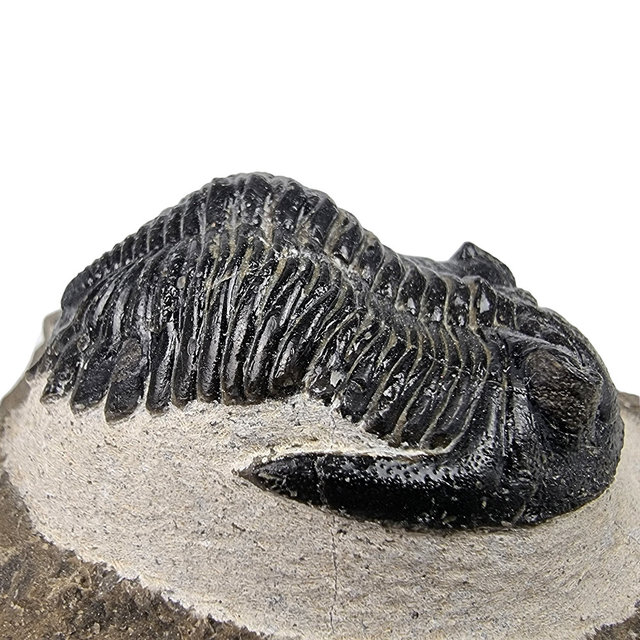 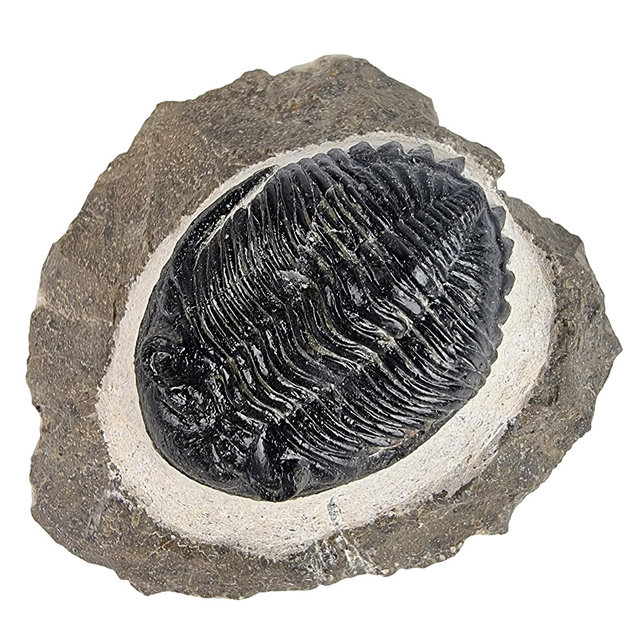 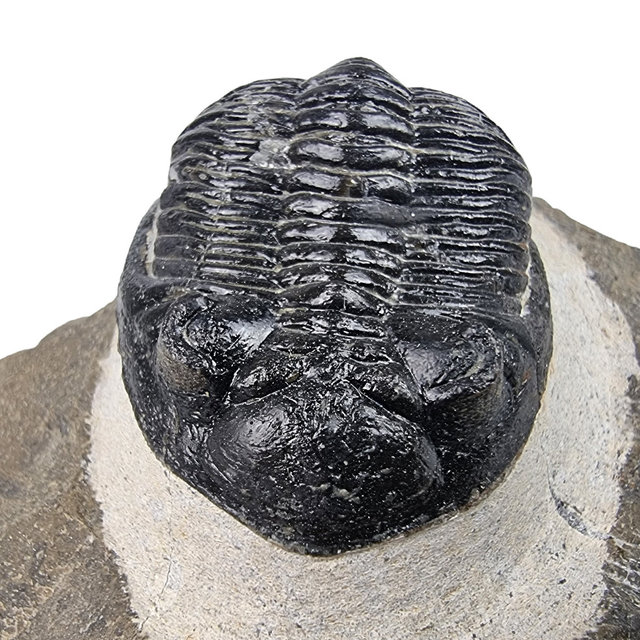 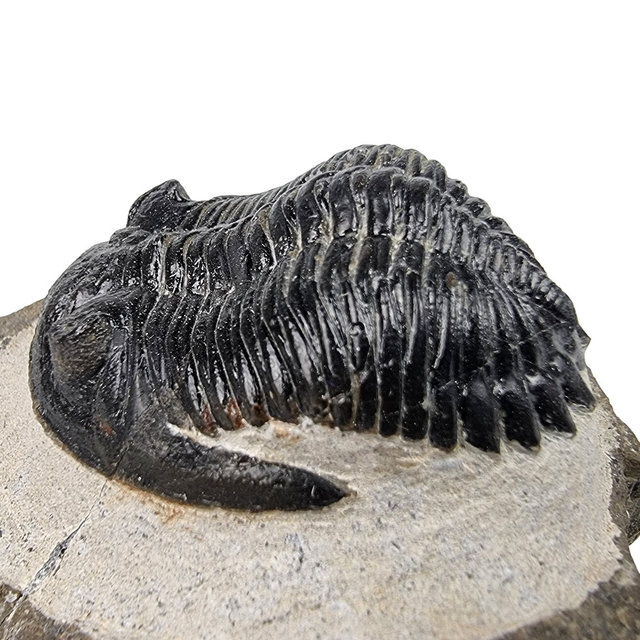 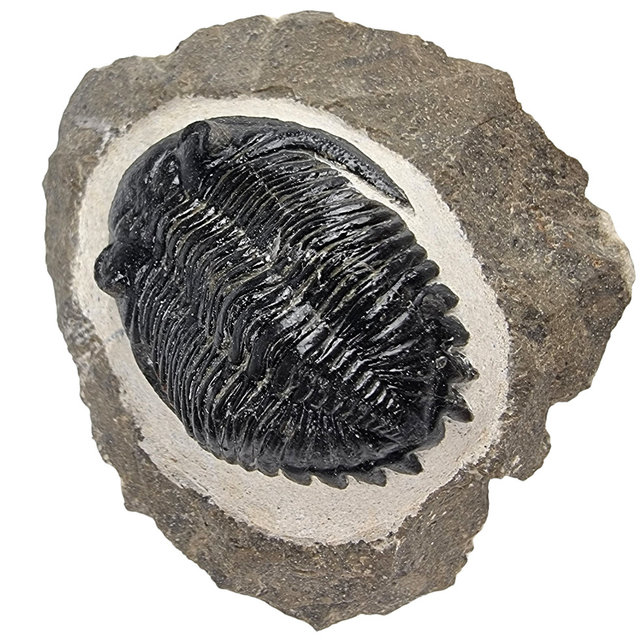 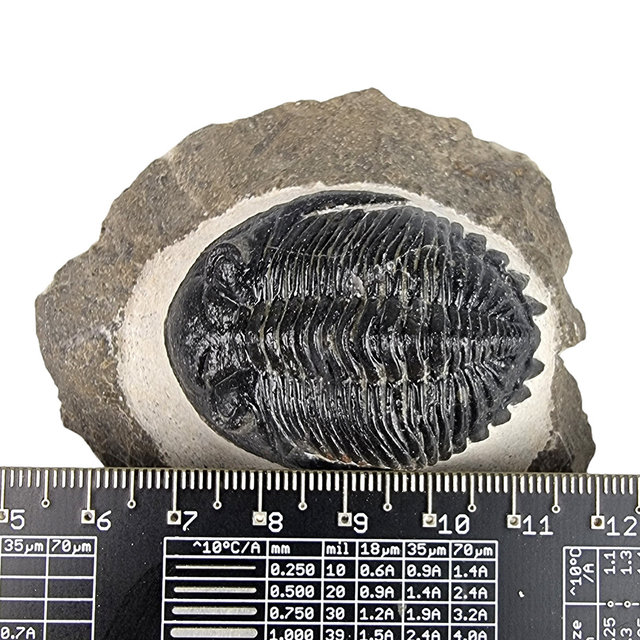 Hollardops trilobite from Morocco. Trilobites are very old fossils that lived before the dinosaurs. The last trilobites became extinct 250 million years ago.

Trilobites are very old fossils that lived before the dinosaurs. They appeared in the Cambrian (520 million years ago) and became extinct towards the end of the Permian (250 million years ago). In the 270 million years that these animals lived on Earth, they were very successful and numerous species evolved.

The Trilobites belonged to the arthropods and lived under water. The name Trilobite is derived from the three-lobed structure of the exoskeleton which always has a raised central lobe and two lateral lobes. Lengthwise, the trilobite also consists of three parts: the head, the central region (thorax) and a tail plate.

A total of 17,000 different trilobites in 9 orders have been described. All trilobites had an exoskeleton of chalk. It is this skeleton that has been fossilised and found today. Please note! Fossils are fragile, the trilobites may have been prepared.

Tooth of the extinct Pterosaur. An extinct flying reptile that dominated the sky for 160 million years.

This tooth belongs to the extinct Megalodon shark. This giant could grow up to 18 meters!

Beautiful nautilus shell that is millions of years old. The nautilus is a living fossil. The animal has existed in virtu...

You have no items in your shopping cart
Maak uw order compleet:
Small treasure box with fossil teeth