The mysterious green gemstone from the Czech Republic contains a lot of secrets but is unfortunately also faked a lot. In this article you will get answers to the questions: Where does moldavite come from? How did it originate? And how can I distinguish real moldavite from fake moldavite?

The only tektite in gemstone quality 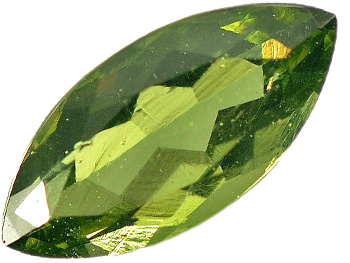 Moldavite is the only tektite in gemstone quality. This makes moldavite unique among gemstones. It is beloved for its peculiarity and rarity, which is reflected in the wide variety of sizes, shapes, textures and shades of green. Moldavites are often collected in their original rough form, which has many variations. From deeply etched to almost smooth with a fine play of lines on the surface.

Origin of the name 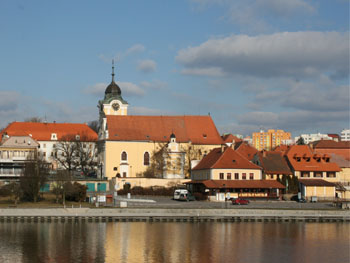 Moldavite is found near the Vltava river in the Czech Republic. The Czech name for moldavite is: 'vltavín' which is derived from this river. In German this river is called 'Moldau'. The Czech city 'Týn nad Vltavou' is called 'Moldauthein' in German. Here lived Dr. Josef Mayer who first mentioned the peculiar green stones in 1786. These were described at the University of Prague as: "Crysolithen von Thein". The name Moldavite was eventually derived from the Bohemian city where the discoverer lived.

Where is Moldavite found? 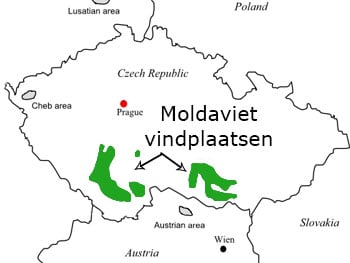 The largest deposits of Moldavite are found in the upper basin of the moldau between Prachatice and Trhovými Sviny and south and west of České Budějovice in the Czech Republic. Moldavite is also found in Moravia, the stones from this region are sometimes called Moravites and have a more brown color. These moldavites are less popular than the green Bohemian variant. Even in Austria a small amount of moldavite has been discovered, but also these are browner in color and less in quality. 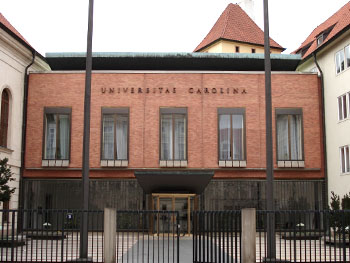 Dr. Josef Mayer was a Professor in Natural History at the Charles University in Prague in the end of the 17th century. He found the Moldavite on the banks of the Moldau near the city of Týn nad Vltavou and was the first to publish about it. Mayer initially thought that this green "natural glass" was a beryl of volcanic origin. It took centuries before the discovery that this miraculous stone was the product of a meteorite impact.

The origin of moldavite 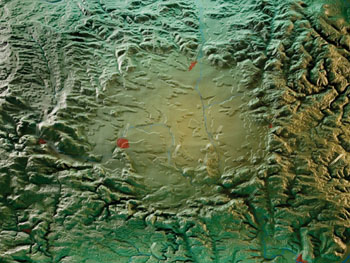 About 14 million years ago, the Earth was hit by an asteroid. The impact of this huge meteorite created the Nördlinger Ries crater. In this collision, the meteorite was shattered and fragmented. Parts of the meteorite toghetter with terrestrial rock were thrown into the atmosphere and landed hundreds of kilometres away in the Czech Republic. The Nördlinger Ries crater has a round shape with a diameter of 24 km. The historic German city of Nördlingen is built in the crater. According to calculations the Ries meteorite was up to a kilometer in diameter. 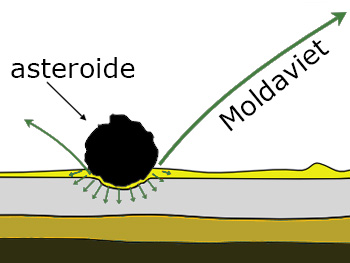 Studies of the trapped air bubbles in South Bohemian moldavites show that this mysterious green stone has an alien character. The studied air bubbles had a size between one tenth of a millimeter up till 1 cm in diameter. The air pressure in these bubbles is surprisingly low, about 19-25 times lower than the pressure at sea level. These bubbles can only be formed in an environment where the pressure is significantly lower, like in the upper atmosphere of the Earth. The moldavites with enclosed airbubbles are therefore popular among collectors. Many stones have an aerodynamic shape, which indicates that they literally flew through the air from the impact crater in Germany to the sites in the Czech Republic. 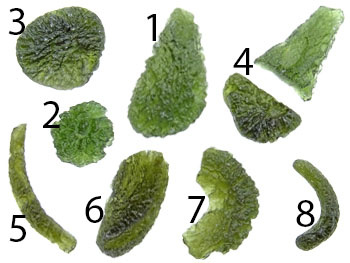 The spectacular journey of moldavite during its creation results in special shapes. Each moldavite is unique and made its own journey at different heights and under unique conditions. Like this there is quite a difference in shapes. The 'perfect shapes' are known as a drop (1) sphere (2) or a disc (3). Especially the drop is a real rarity and occurs in less then 1%. We often see that a drop has broken into pieces due to temperature stress during its journey, whereby the moldavite has disintegrated into a separate tail and head (4). Other remarkable forms are the forms stretched by speed (5), the twisted forms by rotation (6) and the moon sickles formed in the above combination (7) and (8).

How much Moldavite is there? 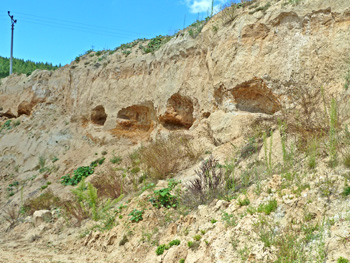 The exact amount of moldavite is very difficult to estimate. If you look at the amount of moldavite that has been excavated so far, the size of the meteorite and the scattering fields where moldavite is found, it is estimated that 20 million moldavites were created on impact with a total weight between 275 and 300 tons. However, the elements, landslides and other geological activities have resulted in a drastic reduction, with much of the moldavite being destroyed. Therefore it is difficult to say how much moldavite is remained of the original amount today.

Availability of moldavite in the future 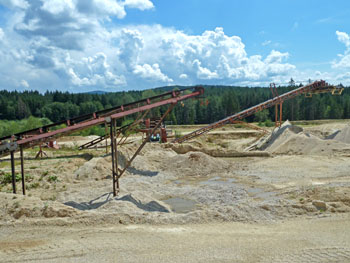 The combination of the increased popularity and the limited number of locations where moldavite can be found ensures that the quantity offered decreases rapidly. It is estimated that commercial mining of this extraterrestrial gem can continue for about a decade before it is exhausted. Prices have risen in recent years and will likely continue to do so in the future as scarcity increases. The increase of value has also been noticed by collectors and the gemstone industry. There is a strong increase in the purchase of moldavite as an investment, both in raw form as in jewelry or facet form.

In the summer of 2020, we drove to the Czech Republic to see and hear for ourselves the status of current moldavite production. There is still only one mine that can legally mine moldavite. Applications have been made for geological surveys in new areas for the extraction of moldavite. All these applications have been rejected by the Czech authorities. Production in the existing mine has been drastically reduced. Where previously an average of 5 grams of moldavite per 1,000 kg of sand was found, it has now fallen below 3 grams. Penalties for crime (and therefore illegal extraction of moldavite) have also increased, which has also reduced supply on the black market. However, demand from the USA, Asia and Europe continues to be high, causing scarcity and rapidly rising prices.

Features of real moldavite and fakes 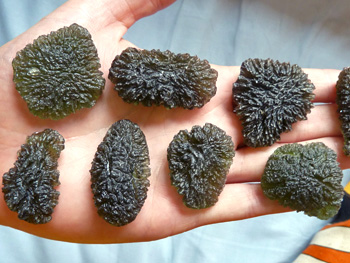 With the increasing popularity and rising prices another problem arises: fake moldavites. The higher the value, the more a forgery may cost and the harder it becomes to distinguish it from a real moldavite. To distinguish fake from real moldavites it is important to know what a real moldavite is and what it looks like. The chemical formula of moldavite is SiO2 (+ Al2O3). Its properties are similar to those of other types of glass and the reported hardness of Mohs ranges from 5.5 to 7. Moldavite can be transparent or translucent with a moss green to brown color. Rough pieces have lines and bubbles that accentuate its mossy appearance.

How to recognize a real facet moldavite? 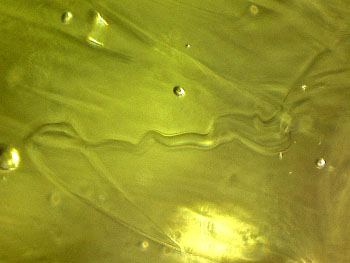 Now that the forgers are getting better and better at faking moldavite, it is becoming increasingly difficult to distinguish real from fake. It is therefore important to be well informed before buying a moldavite. Luckaly there is one aspect of the moldavite that cannot be imitated (so far). This are the worm-like lechatelierite inclusions. These are actually melted grains of sand in the moldavite that formed just after the meteorite impact. With a good magnifying glass they are visible on facetted, polished or broken pieces of moldavite. Recognising a real facet or polished moldavite is pretty easy with a magnifying glass. In addition, moldavite always contains streamlines and air bubbles.

How to recognize a real rough moldavite? 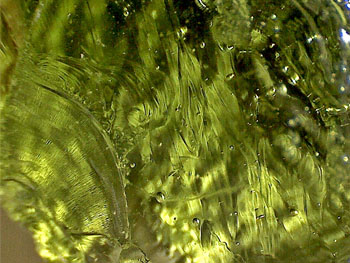 Recognising a real rough moldavite is more difficult than a polished piece. Therefore, first look for small irregularities. Fake moldavites are often perfect without broken pieces. Natural moldavites often have minor damages from their stay in the ground or from excavation. Is there a piece broken off? Look through this with a magnifying glass to see if there are any lechatelierite inclusions, streamlines and air bubbles visible. If there are no fracture areas that can provide insight into the internal structure, wet the moldavite with water to increase transparency and look for the previously discussed characteristics.

Moldavites on E-bay and Wish 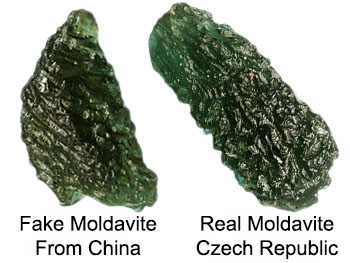 Despite the fact that many real moldavites are offered on E-bay, a recent study between 7-5-2018 and 7-9-2018 shows that a total of 1,033 fake pieces were offered. A total of 20 different sellers were involved with a total value of more than $20,000! Most of these sellers had a positive feedback score of more than 98%. This shows that many buyers do not realise that they are bought a very expensive piece of glass. Be careful when buying on such platforms and make sure you are well informed. A new platform that offers moldavite is Wish. A survey in January 2020 shows that there is not a single real moldavite on this platform! 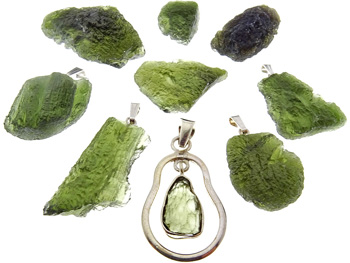 We advise you to buy your moldavite only from reliable sources and remember that a cheap moldavite is often an expensive piece of glass. At ‘de Barnsteen Specialist’ we make sure that we only buy moldavite directly from the source that we pick up ourselves in the Czech Republic. I am Also an IMCA member #1069

Have a look at our 100% real moldavites.