Ammonites in many forms and sizes

Ammonites were a group of marine mollusks where the current squid also belongs to. they are extinct and found as fossils.
Read more

Ammonites were a group of marine mollusks where the current squid also belongs to. Now days squids have their shell inside but the Ammonites had their shell outside their body, just like snails.

Origin of the ammonites

The house of an Ammonite

The Ammonites house consists of rooms. Whenever the hard case was too small for the animal it built a new room that was larger than the previous one. The animal always lived in the last build room. The empty rooms could be filled with water or gas. Like that the ammonite could travel between the surface and the bottom of the sea.

Origin of the Name

The ammonites name is derived from the ancient Egypt god ‘Amon’. Amon was often portrayed with rams horns. The fossils apparently looked a lot like those horns giving them the name "Ammonite". 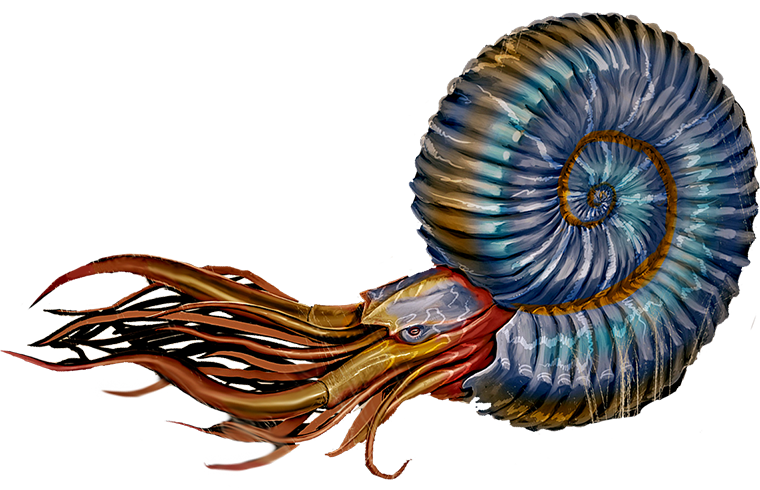