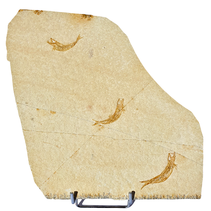 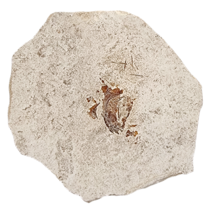 Fossil plate with fish, including stand
€479,95
In stock

Fossil plate with fish, including stand
€249,95
In stock 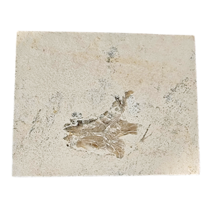 The fish from Solnhofen Germany lived in the late Jurassic period about 161-145 million years ago. They lived in a lagoon that was regularly closed off from the sea. The high salt content in both the water and the sediment ensured that deceased animals could be well preserved and fossilised. In the Altmühltal in Germany there are several limestone quarries. In the middle of this area is the village of Solnhofen. This village gave its name to the limestone of the area. In reality there are limestone quarries over tens of kilometres. The chance to find fossils here is not very big. However, finds from the area come regularly because of the large scale of industrial limestone extraction. This is mainly used for building houses, sculpture or as decoration stone. Translated with www.DeepL.com/Translator (free version)

These fish from Brazil lived in the cretaceous period and are about 125 million years old. They are found in the limestone quarries of Nova Olinda in Brazil. The quarries mainly extract laminated limestone, which are thin slabs used as tiles.

The fish found in the Eocene deposit of Green River Wyoming are between 48 and 55 million years old. In the Eocene, there was a huge lake with a lot of fish in it. Due to rainy periods and dry periods, a layer of sediment was added to the bottom of the lake each year. Six million years of continuous sediment have been found. Between the sediment fish, but sometimes also other animals like shrimps, could be preserved. Because of the sedimentary barrier the carcass could not decompose and it had the chance to fossilize. Wyoming is known for its great diversity of fossils and the high quality in which they are preserved.