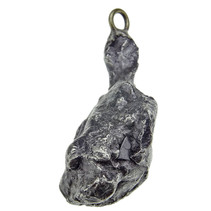 The Sikhote-Alin meteorite fell during daylight at 10:38 local time on February 12, 1947 in Russia. Eyewitnesses reported a fireball that was brighter than the sun. The meteorite left a trail of smoke and dust up to 32 kilometers long, which remained visible for several hours.

Explosion with a lot of debris