These fossil sea urchins are also called sand dollars. It is a group of sea urchins that, once they are fully grown, live on the bottom of the sea. Only as a larva they can swim around freely, as soon as the round skeleton is formed the sea urchin stays on the bottom.

These fossil specimens come from the Jura era and are between 150 and 200 million years old. These sand dollars are found in Madagascar. Typical for this species is the five finger-like petals. These are actually pores with which the animal can move.

It is remarkable that the animals did not get extinct. After hundreds of millions of years, they still occur in our seas in an almost unchanged form. 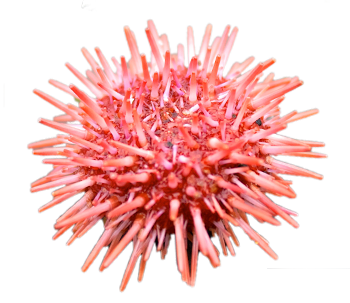