Dendrite crystals in the shape of a tree

16
Dendrite is a crystal shape reminiscent of the branches of a tree. Formed by manganese containing minerals. Dendrite is often mistaken for a fossil.
Read more

Dendrite slab including standard
€69,95
In stock 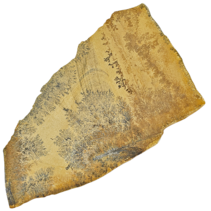 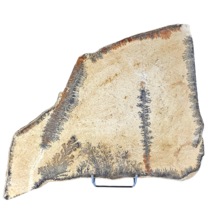 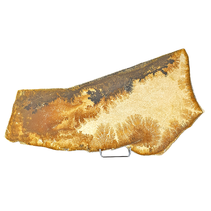 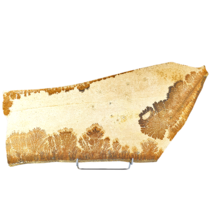 Dendrite is a special crystal growth of manganese containing minerals. The crystal grows by making bfroks. It can best be compared to a tree, which constantly forms new branches. Because of this shape it is not strange that dendrite is (wrongly) seen as a fossil. Dendrite is therefore sometimes called a pseudo fossil (things that look like a fossil but are not).

We encounter the dendritic growth everywhere in nature. Snowflakes grow according to a dendritic pattern, just like trees and also the neurons in our brains. Even rivers follow this pattern of branches. In crystallography, dendritic crystals are formed when crystallisation takes place at a temperature far below the normal crystallisation temperature.

Dendrite is often found in porous limestone, where it has made its way through crevices and cavities. But also in agate and opal we see the most beautiful forms of dendrite that were created during the growing process.