Fossils of the woolly rhino

0
Fossils from the woolly rhino, theses grazers lived together with the woolly mammoth until 10,000 years ago.
Read more
No products found...

Habitat of the woolly rhino

The Woolly Rhino first appeared about 350,000 years ago and died out about 10,000 years ago. Fossil remains have been discovered in Europe and Asia. The habitat was similar to that of the woolly mammoth, but they never made the crossing over the Bering strait to America.

The Woolly rhino was an herbivore who grazed on grass, small bushes, lichens and mosses. With his large molars he grinded his food. 30,000-year-old images found in caves in France suggest that the first people hunted on the woolly rhino.

The Woolly rhino could reach a length between 3 and 3.8 meters and weighed between 2 and 3 tons. They had 2 horns of which the front one could be up to 1 meter long. This allowed them to protect themselves against their predators. The fur consisted of dense soft lower hairs and long stiff covering hairs. 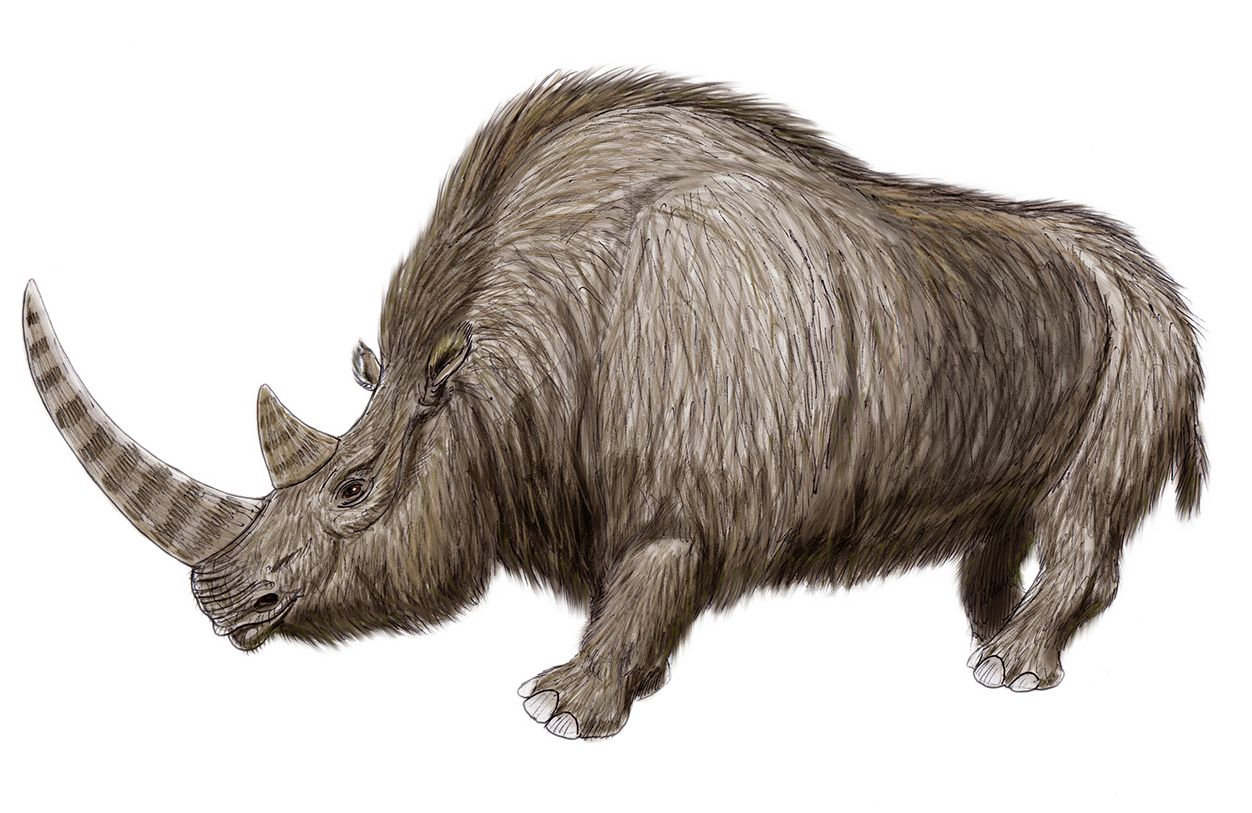