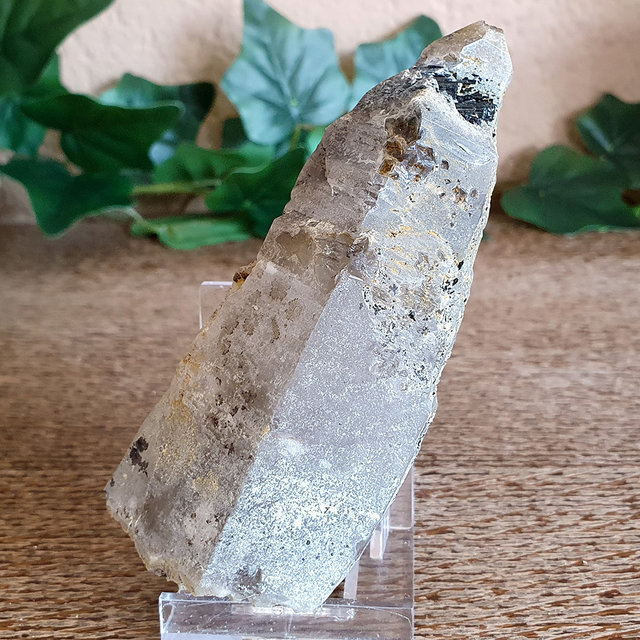 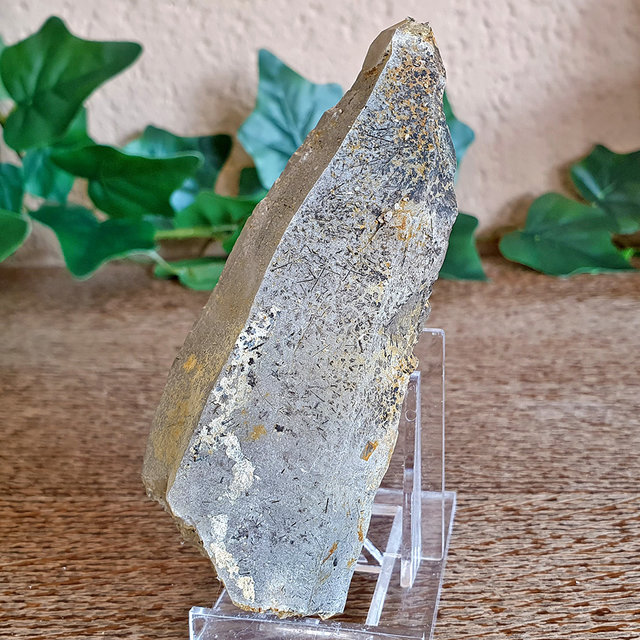 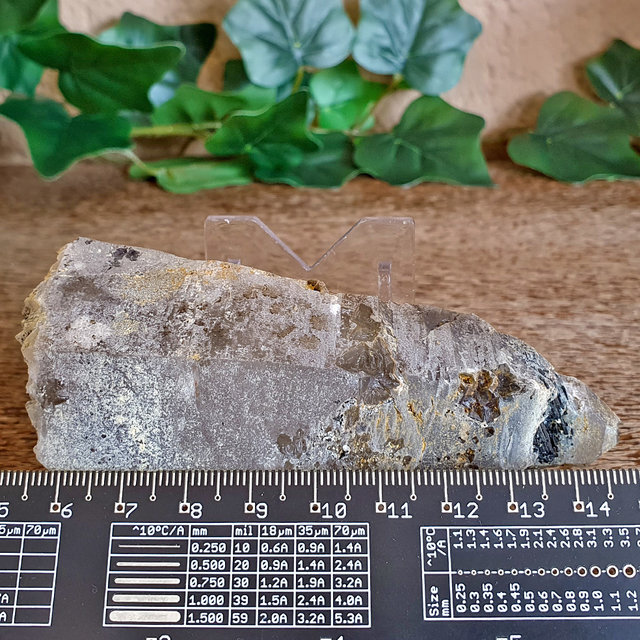 Skeleton quartz elastial crystal from Erongo of the Karibib district in Namibia, known for its exceptional crystal finds. Skeleton quartz has a layered structure that gives it a skeleton-like appearance. Black tourmaline has grown through these crystals.

Smoky quartz owes its dark colour to the presence of aluminium in the crystal, which has been coloured dark by the ionizing radiation (or radioactivity) of the earth. This discolouration is a long process that usually takes place after the formation of the crystal.

What is black tourmaline?

The black tourmaline is also called Schorl. Unlike other tourmalines, Schorl is opaque and often deep black. This dark colour is due to the many iron compounds found in this mineral.

Smoky quartz can help with digestive problems and dealing with stress and grief. Smoky quartz is a beloved crystal when you want to have children and helps to let go of feelings and thoughts from the past to make room for improvements.

Black tourmaline grounds and protects against negative energy in all its forms: computer radiation, electromagnetic radiation, black magic, curses, stress and tension. This makes the stone relaxing, increases vitality and promotes a neutral attitude and logical, rational thinking. Physically, the stone has a positive effect on the immune system.