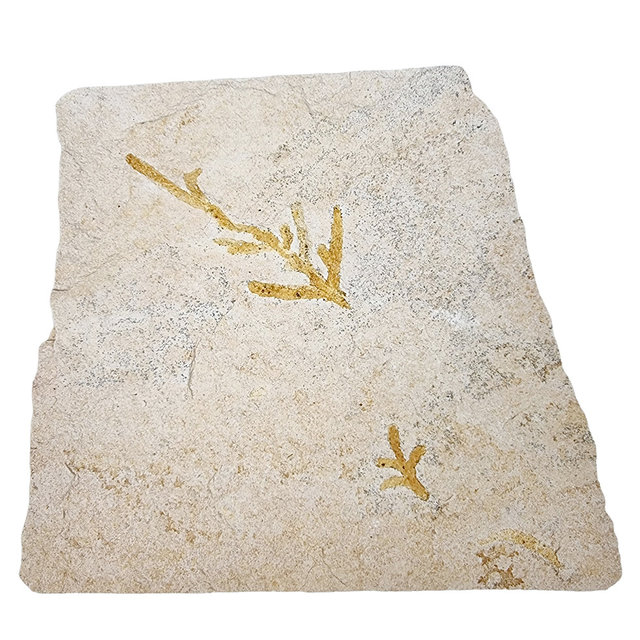 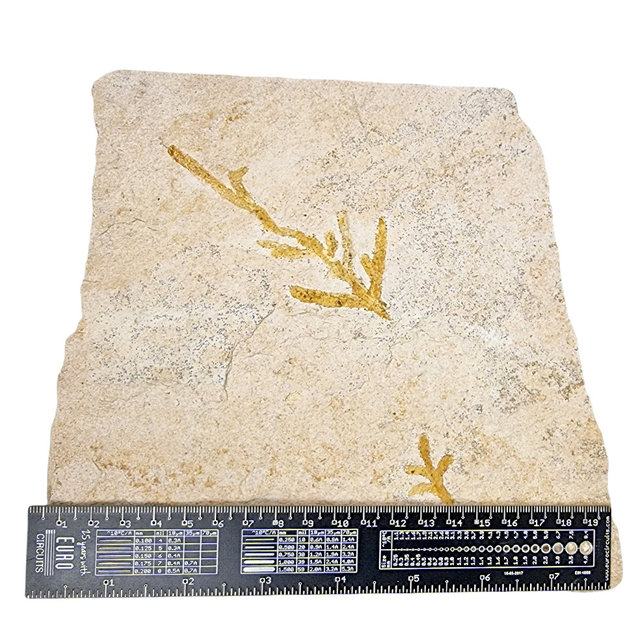 This special fossil plant was found near Solnhofen in Germany. This area is known for its variety of fossil animals. However, fossil plants are a rarity. This plant belongs to the coniferous genus Brachyphyllum and is no longer found on earth.

This plant grew in the late Jurassic in the Tithonian period (152 – 145 million years ago) at the time of the dinosaurs. Chances are these were on the menu of some big ones. The plant has been restored where necessary to display the whole nicely

There are several limestone quarries in the Altmühltal in Germany. In the middle of this area lies the village of Solnhofen. The limestone from the area derived its name from this village. In reality, there are tens of kilometers of limestone quarries. The chance of finding fossils here yourself is not even very great. However, there are regular finds from the area due to the large scale of industrial extraction of limestone. This is mainly used for house building, sculpture or as a decorative stone.

You have no items in your shopping cart
Complete your order:
Orthoceras upright 21 cm