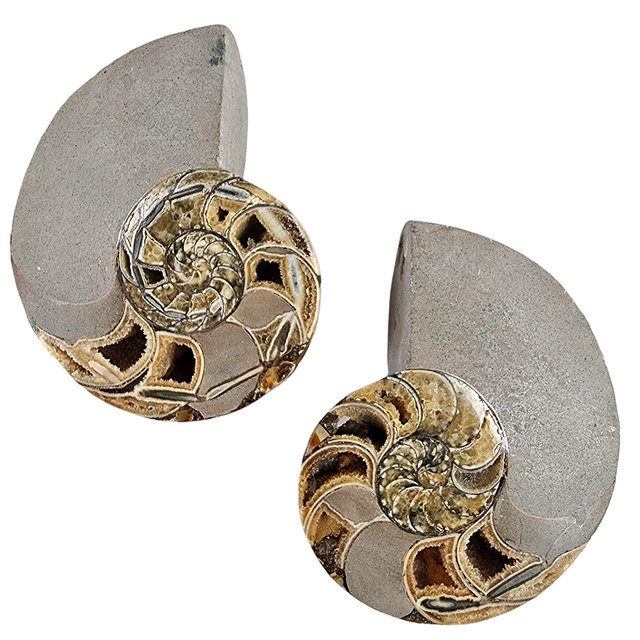 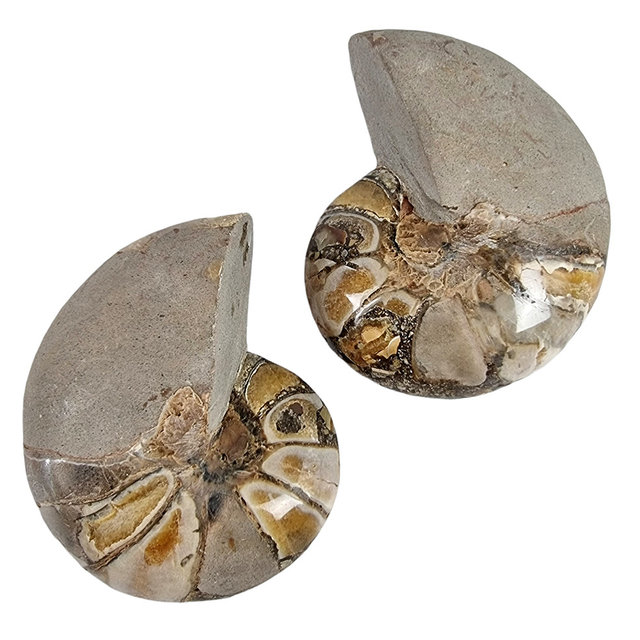 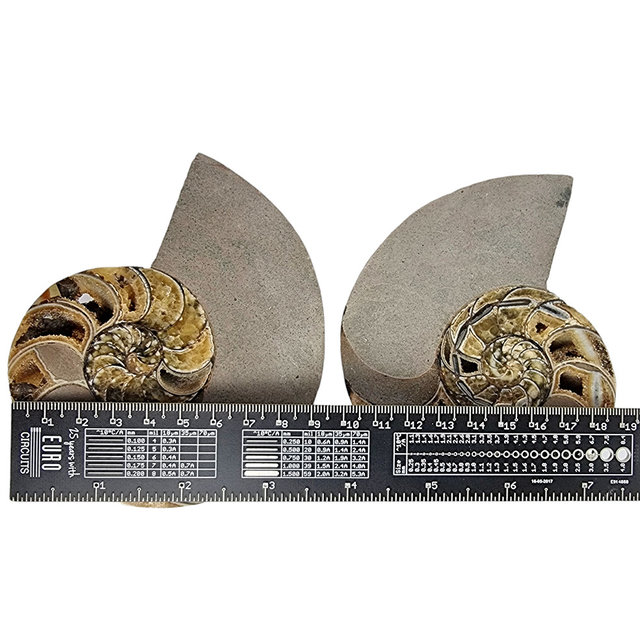 Fossil shell of a nautilus, 825 grams

Beautiful nautilus shell that is millions of years old. The nautilus is a living fossil. The animal has existed in virtually unchanged form for 500 million years.

The nautilus is a living fossil. The animal has existed in virtually unchanged form for 500 million years. 200 million years ago was the heyday of the nautilus when numerous species were found all over the world. Today, six more species are known to live in mainly tropical oceans.

The nautilus is related to the squid and builds its shell for protection. These fossil shells are millions of years old and cut to give a glimpse into the structure of the chambers, with a large chamber being built as the creature grows and always lives in the latter.

The name comes from the Greek 'Nautilos' which means 'sailor' and probably has to do with the way the nautilus moves with its tentacles through the water. These specimens were found in Madagascar and are hundreds of millions of years old.

A beautiful tooth of the root mosasaur, a saurian that inhabited the seas in the late Cretaceous (71.3-65.4 million year...

Teeth of the largest land predator that ever lived! The Spinosaur. This Dinosaur could be up to 15 meters long!

Ammonites were a group of mollusks living in the sea, which includes the current squid. Today these animals have their s...

Ammonites were a group in the marine mollusks where the current squid belongs to. Today, these animals have their shell ...

Fossil shell of a nautilus, 825 grams You have no items in your shopping cart
Maak uw order compleet:
2x standard small

A beautiful tooth of the root mosasaur, a saurian that inhabited the seas in the late Cretaceous (71.3-65.4 million year...