Xenotime is a rare phosphate mineral

12
The rare mineral xenotime is one of the few yttrium minerals and can be slightly radioactive. The crystal radiates powerful energy.
Read more 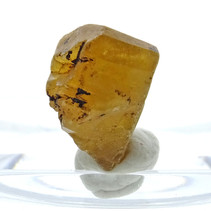 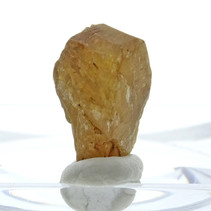 Xenotime is one of the little known yttrium minerals. Wakefieldite and Chernovite(Y) are other two yttrium minerals. Often uranium or other rare elements such as erbium, thorium, ytterbium or zirconium are found to replace yttrium. As a result, xenotime can be slightly radioactive. The crystals of xenotime resemble those of zirconium and can be easily confused. However, zircon forms duller and less transparent crystals.

The name xenotime is derived from the Greek words "κενός" meaning vain and "τιμή" meaning honour. Together best described as "vanity". The name was coined by the French mineralogist François Sulpice Beudant as a reproach to another scientist, the Swedish chemist Jöns Jacob Berzelius, because the latter prematurely claimed to have found a new element in the mineral. Only later did it become known that it was the previously discovered yttrium.

Xenotime stimulates three types of energy: the creative energy, the compassionate energy and the willpower. Xenotime supports those who are working towards an end point with focus and willpower to remove the obstacles to success. Xenotime helps to free oneself from persons or things that bring negative energy and helps to take action in a positive way.